Lee Horsley, Reader in Literature and Culture at Lancaster University, is among the leading experts in noir fiction. Her books include The Noir Thriller (2001; expanded paperback edition, 2009), Twentieth-Century Crime Fiction (2005), and The Blackwell Companion to Crime Fiction (co-editor, 2010).

1. What was the first noir thriller?

Jacobean revenge tragedies have a good claim to be the first noir thrillers. But, limiting myself to the 20th century, the most obvious answer is probably the best: Hammett's first novel, Red Harvest (1929), is both noir and hard-boiled, and is one of the key turning points in American crime writing.

2. What is the first noir thriller that you remember reading?

Faulkner's Sanctuary: when I was about fourteen, I read it at a single sitting, shocked, fascinated and utterly gripped by it. And then I hid it from my parents.

3. What is your favorite noir thriller?

Here are a few of the novels that come to mind. Some of them elude neat generic categorisation: that's one of the reasons they're so good. Woodrell's Death of Sweet Mister, Hjortsberg's Falling Angel, Hughes' Ride the Pink Horse, Womack's Random Acts of Senseless Violence, Charlotte Carter's Walking Bones, Charles Williams’ Hell Hath No Fury. But that list leaves out way too many all-time favourites by writers like McCoy, Goodis, Willeford, Thompson, Brewer, Whittington, Highsmith. . . . Sorry, just too difficult a task to pick one!

Not if it has a conventionally resolved, unequivocally happy ending. But it can still be noir even if it ends with a glimmer of light, some temporary respite, a bitter-sweet, ironised victory, or a transgressor's fleeting hope for the future . . . the end of The Talented Mr. Ripley, where Tom instructs the taxi driver to take him to "il meglio albergo"; or the final paragraphs of Megan Abbott's Queenpin, in which her protagonist reflects on the promotion she is being offered - "Say good-bye to all that? Who did I think I was fooling? . . . 'I'm your girl,' I said."

5. Excluding your own work, what is the most important work of literary criticism concerning noir?

I really admire some of the recent books about hard-boiled fiction, which of course also have important things to say about noir: Sean McCann's Gumshoe America; Erin Smith's Hard-Boiled; Christopher Breu's Hard-Boiled Masculinities. And, a decade or two earlier, the book that did more than any other to introduce me to pulp fiction: Geoffrey O'Brien, Hardboiled America: Lurid Paperbacks and the Masters of Noir.

Posted by David Rachels at 3:43 PM No comments:

Is it logical
to suppose that
a man would
be ignorant of
the identity of
his wife's dentist?

Parker is a problem-solver, and usually these problems arise in the course of planning and committing robberies. In The Jugger, however, Parker's problems are the residual result of a life of crime. Sometimes, Parker must solve problems not to earn money but just to stay out of jail. The staying-out-of-jail Parker is less interesting than the earning-money Parker, but Parker is always Parker, which is to say that The Jugger is a good read. Grade: B
Posted by David Rachels at 6:44 PM No comments:

First, a note about how I came to read this book: I saw a reference to Tiffany Thayer as an early hardboiled writer, and, knowing of Thayer only as the founder of the Fortean Society, I was curious to read one of his hardboiled books. Trolling around the internet, however, I couldn't find anything that I trusted as an authoritative list of his work, and I ended up in Stanford's Copyright Renewal Database. There I found, among the novels copyrighted by Thayer, Five Million in Cash, which the database indicated had been published under the pseudonym of O. B. King. This seemed promising, and it was cool to discover, upon further research, that no one (prior to this!) seems to have connected Thayer to this novel. So you heard it here first, folks.
And now about the book: Ben Flinders, an ordinary guy who works as a car painter in New York City, gets out of bed one morning and finds himself standing ankle-deep in money. He has no idea where the money came from, but he decides that he will keep it. After this, he proves to be somewhat skillful and more than somewhat lucky as he negotiates life on the run from two warring mob bosses. Published in 1932, Five Million in Cash is a clear forerunner to the Everyman noir that became a Gold Medal staple in the 1950s, but with one crucial difference: Though the novel features numerous shoot-outs and much bloodshed, its voice is so breezy that it is impossible to imagine that Ben is ever in any real danger. Lightweight, but enjoyable. Grade: B
Posted by David Rachels at 9:08 AM 2 comments:

Some Things Were Just Meant to Be 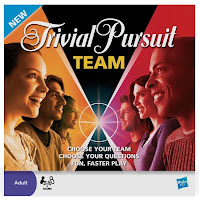 I was recently participating in a friendly Trivial Pursuit Team game, and my team got the category of "Noir Novels." Of course, I was immediately accused of somehow having cheated, though it was difficult for my accusers to say exactly how I could have engineered the universe to get this category for my team. The answers were Dashiell Hammett, Thomas Harris, and James M. Cain. You may now all write your own questions.
Posted by David Rachels at 1:14 PM No comments:

He remembered one time
in Cincinnati. It was Hallowe'en
and the streets were crowded
with masqueraders. He was broke,
flat broke. He hadn't shaved
for two days and he looked tough.
Someone accidentally tripped him
and he bumped into a pretty girl
in a clown suit. The man with her said:
"What the hell you trying to do,
you dirty bum!" He knocked the man
down and ran. Several of the man's
friends chased him, but he got away.

The smallness of
the truth
can rub
the mind wrong.

In The Score, Richard Stark plays to the greatest strength of the Parker series: His ability to imagine, in fascinating and believable detail, the working life of a professional thief. The narrative focuses tightly on the planning, execution, and immediate aftermath of Parker leading a gang of men into Copper Canyon, North Dakota, to rob the town—or at least as much of the town as is worth robbing. Of the first five Parker novels, The Score is the purest and most self-assured. Grade: A
Posted by David Rachels at 6:52 PM 2 comments:

Dave Zeltserman is probably best-known to noirboiled fans for Small Crimes (2008), Pariah (2009), and Killer (2010), his series of novels about men just out of prison. His most recent books include The Caretaker of Lorne Field and 21 Tales (both 2010).

1. What’s the first crime novel that you remember reading?

Well, not counting the Freddy the Detective, I was 13 when I read I, the Jury by Mickey Spillane, and that got me hooked on crime fiction.

2. Which crime novel have you read the most times?

Other than Hammett, I usually don't read any novel more than once. I did read A Hell of a Woman many times, but that was more to study how Jim Thompson did what he did with that book, although it is one of my favorites.

Ross Macdonald. I read all the Lew Archer's when I was high school, and early on wrote really bad Lew Archer-type stories until I found my voice. The first incarnation of what eventually became Fast Lane was written as a Lew Archer-like novel.

Posted by David Rachels at 3:18 PM No comments:

Nobody has to say
nothing about a drunk.
A drunk is a drunk.
You just don't spell it
any other way.

If you put
One million monkeys
In a room with
One million typewriters
Sooner than you think
The monkeys will use
Those typewriters to
Kill each other.