A working man
is his own answer
to all questions,
an idle man is
is a riddle
they all try to guess.

Informative and entertaining but ultimately a bit disappointing, Minds on Trail: Great Cases in Law and Psychology is true crime in Cliffs Notes form with an emphasis on court cases that hinged on expert psychological testimony. Authors Charles Patrick Ewing and Joseph T. McCann, both psychologists, run through a greatest hits collection that includes Lee Harvey Oswald, Patty Hearst, Dan White, John Hinckley, John Demjanjuk, Jeffrey Dahmer, and Andrea Yates among their twenty cases. If true crime fans have a complaint, it will likely be that in some instances Ewing and McCann may not tell them much that they don't already know. My only complaint is that I expected a bit more substance from two experts writing for Oxford University Press. In their epilogue, Ewing and McCann ask what we can learn from the twenty cases they have discussed, and their answer is . . . not much.
Posted by David Rachels at 12:25 PM No comments:

The man lost
three million dollars.
He's got to
hurt someone.

What is noir fiction? The Série Noire Project is a modest attempt to answer that question from one particular historical perspective.

The term noir was first applied to a particular sort of novel by the French publisher Gallimard when they launched their “Série Noire” in 1945. The series is still going strong in 2010, having now reprinted nearly 2500 titles. As a result, the Série Noire today seems less a clearly defined aesthetic landscape than a business. But my interest is not in the long-term success of the Série Noire and the variety of titles they have published. Rather, I am interested to look at the first Série Noire novels and what they have in common. What shared elements resulted in these books becoming the starting point for our understanding of noir?

The Série Noire was the brainchild of Marcel Duhamel, who was also one of its first translators. In 1948, three years after the founding of the series, Duhamel offered this explanation of the Série Noire’s aesthetic:

Reader beware: Novels in the Série Noire can be dangerous if they fall into the wrong readers’ hands. Amateur detectives like Sherlock Holmes have no business here. Nor does the unfailing optimist. The immorality of these books repulses conventional morality. Good intentions have no place here as well. Simply put, this is a world of amorality. The spirit of these books is rarely conformist. You will see cops more corrupt than the criminals they chase. A sympathetic detective will not always solve the mystery. Indeed, sometimes there will be no mystery, and sometimes, not even a detective. And so? . . . What remains is action, anxiety, beatings, massacres—violence in every evil shape and form. As in good films, characters reveal their souls through action, and readers fond of introspective literature will be left to turn backflips. There is also love—preferably brutal—messy passion, merciless hate. Briefly, our goal is simple: to stop you from sleeping.

[To read this passage in the original French, go here.]

The most important points to note in Duhamel:

Keeping Duhamel’s comments in mind, my plan is to offer a definition of noir through a reading of the first ten novels in the Série Noire:

The most striking thing about this list is that seven of the ten books are by Peter Cheyney and James Hadley Chase, British writers who today are generally considered second-rate imitators of the American innovators (James M. Cain, Dashiell Hammett, Raymond Chandler, etc.). This list, however, suggests that while Cheyney and Chase may not be important to the long-term artistic development of noir, they may nevertheless help us to understand the genre.

So stay tuned. In the months ahead, in addition to the usual Noirboiled stuff, I will be working my way through the ten books listed above and seeing what I can see.
Go to Série Noire Project #1: Peter Cheyney's Poison Ivy (1937/1945)
Posted by David Rachels at 5:27 PM No comments:


I don't often read true-crime books, but after seeing a TV documentary about Colleen Stan's seven-year ordeal (sample: Stan, kidnapped by a man who wanted a sex slave, spent years living under his bed in a coffin-like box), I felt compelled to learn more, if only because her story was so incredible that it was difficult to believe. If you like true crime, and if you are fascinated by the darkness of the sociopathic soul, this one is for you.
Posted by David Rachels at 5:15 PM No comments:

Notes Toward a Definition of Noir 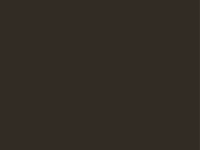 Attempts to define noir often suffer from an I-know-it-when-I-see-it approach: The well-read noir aficionado has a mental list of novels that any satisfactory definition must reflect, and any definition that falls short is adjusted accordingly. The unsurprising result is that many definitions of noir are so broad as to be useless: noir is dark or gloomy or pessimistic or fatalistic or some other broad adjective (or collection of broad adjectives) that can be used to describe a particular laundry list of novels. Once this broad definition is established, there is sometimes an amusing consequence: Surveying the literary landscape, the noir fan discovers that not only do James M. Cain and Jim Thompson qualify as noir, but so do Flannery O’Connor and John Steinbeck and Fyodor Dostoevsky and Franz Kafka and William Shakespeare and on and on and on.

This impulse toward inclusiveness is the wrong impulse. From a critical perspective (as opposed to a book-marketing or book-buying perspective), the point of defining a genre is to facilitate discussion (and by extension understanding) by narrowing the swath of literature under consideration in a useful way. Therefore, a definition of noir that encompasses everything from Paradise Lost to Dennis Lehane is no good because it hardly narrows things at all. To put it another way, if noir literature is simply literature that is (for example) fatalistic, then we don’t even need the term noir, given that fatalistic already has it covered.

Discussing the idea of noir with fans of the genre can be a difficult business, in part because fans are so invested in what they love. This investment can lead to the broadness of I-know-it-when-I-see-it: Thinking of all the noir they think they have read, fans feel validated by a definition that describes the genre as they have experienced it. This feeling is sometimes compounded by the belief that labeling a particular book as noir (or refusing to do so) can reveal the depth of your understanding of noir while you are also passing judgment on the book itself. According to this way of thinking, if you do not agree that that, say, William Faulkner’s Sanctuary qualifies as noir, then you obviously do not understand what noir is (when maybe the truth is that you just don’t understand what they think noir is), and furthermore, you have impugned the credentials of Sanctuary.

How, then, might we begin to construct a useful definition of noir? One possibility is the we-know-it-when-we-see-it approach. There are a few novels—The Postman Always Rings Twice and The Killer Inside Me come first to mind—that we can probably all agree are noir, so we might begin building a definition using these examples. But the problem with this method, even before we begin disagreeing on our list of examples, is that it presumes a preexisting, “correct” definition of noir. In the world of we-know-it-when-we-see-it, we each have our it already in mind, and all we are really doing is choosing examples of our personal its that don’t violate the its of others. It might be interesting, in this way, to try to discover some kind of noir lowest common denominator, but the likely result would be the sort of uselessly broad definition already discussed: noir is gloomy or fatalistic or what have you.

Therefore, we are better off approaching the problem of noir historically. From the historical perspective, it is first important to remember that the earliest noir writers, regardless of who they were, were not aware that they were practitioners of noir. They were not self-consciously defining the parameters of a new literary genre. The genre of noir is an after-the-fact historical construct, so if we want to establish a definition of noir that is not only useful but also historically significant, we should begin by looking at the first use of the term (in 1945 by the French publisher Gallimard for their Série Noire) and at the novels that the term was first used to describe. This is not to say that the meaning of noir was fixed in the 1940s or that Gallimard, having using the term first, has the exclusive right to shape its meaning. Rather, this is only to say that anyone interested in trying to define the term in more than a personal way would do well to begin here.

So this is where I am beginning. I will be studying the first novels in the Série Noire with an eye toward an historical understanding of noir, and I will see where this leads me.

All right.
I'll tell you.
When I'm with you I love you.
Sure.
I might as well be honest,
see?
If it was somebody else I was with,
somebody who thought as much of me as you do,
I guess I'd feel the same way about them.
Maybe it's love.
I don't know.
After it's all over and you aren't here,
I don't love you,
see?
So it can't be love.


James McKimmey's Squeeze Play begins as a noir amnésique: Our everyman hero, Jack Wade, awakens in a motel room, unsure where he is, unable to remember the night before. Then, as he is driving home, Jack hears a news report: He is wanted for the murder of his alcoholic wife Bennie and a gambler named Charlie Wing. Could Jack have done it? He has to admit to himself that it is possible. . . . The novel's second chapter rewinds the plot eight days and begins tracking the events that led to the murders. Readers learn the truth before Jack does and then follow Jack as he tries prove his innocence before the cops catch him. In all, fairly standard stuff well done. Not as memorable as McKimmey's The Long Ride, but worth seeking out. Grade: B+
Posted by David Rachels at 8:49 AM No comments:


When the oxymoronic title character of Brain Guy loses his job as a "rent" collector, he responds by clawing his way higher on the hoodlum food chain. The story of Bill Trent's rise may be as compelling as that of Rico in W. R. Burnett's Little Caesar, but Benjamin Appel's writing is not in the same class, hedging its bets between hardboiled colloquial and overwrought purple while mixing in a healthy dose of sloppy metaphors. A near miss that needed a good editor. Grade: C+
Posted by David Rachels at 3:18 PM No comments:

Where does a man come from?
From the body of a woman.
And he spends a good share
of the rest of his life
trying to get back in;
but he never succeeds.
Not with all of himself, anyway.